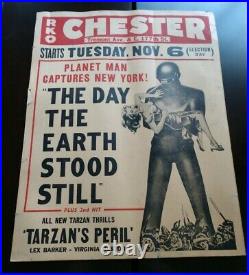 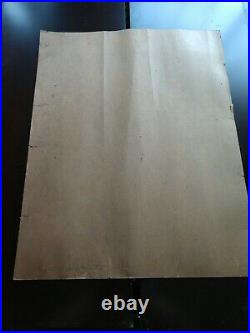 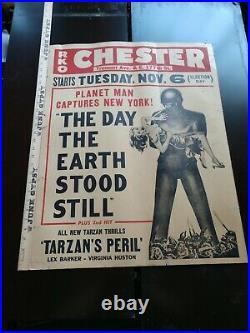 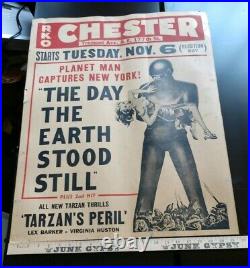 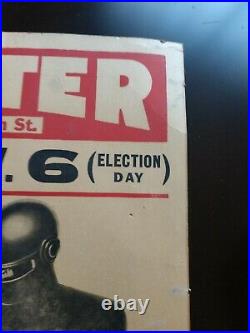 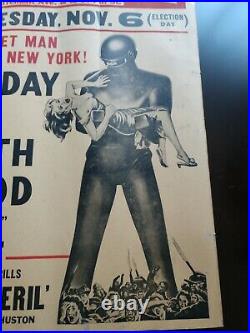 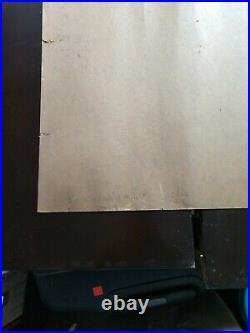 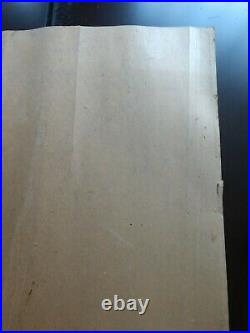 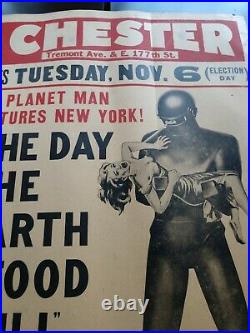 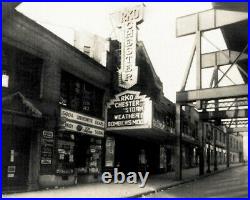 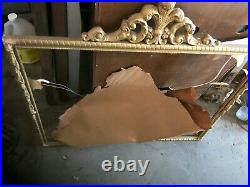 Original 1951 The Day The Earth Stood Still Poster. It was used for the opening of the movie in 1951 at the Chester Theatre in New York City (Bronx). Situated near a south entrance to the Bronx Zoo, the Chester Theatre first opened in December, 1927, under Keith-Albee management with vaudeville and movies.