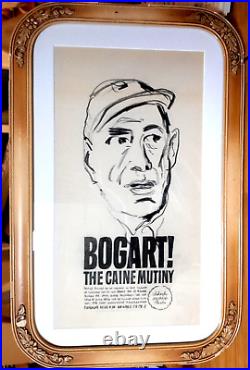 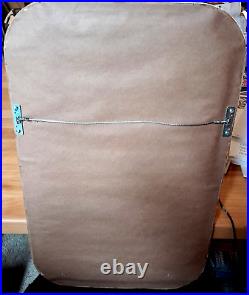 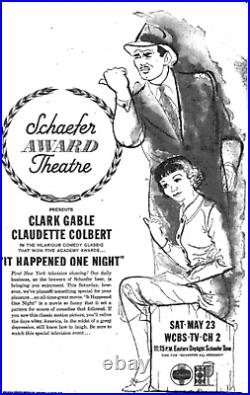 Conceptual Advertising for WCBS-TV Channel 2 in NEW YORK CITY for its airing of THE CAINE MUTINY September 5, 1970, as part of the SCHAEFER AWARD THEATRE series of special event airings. SCHAEFER Award Theatre was a recurring television showcase of major first-run motion pictures aired between 1959 and 1968, and revived briefly in 1970. In New York City, the program ran primarily on WCBS-TV Channel 2, except for two occasions in 1970 when it was shown on WNBC-TV. WCBS-TV (channel 2) is the flagship of the CBS network, and is located in NEW YORK CITY. This special series was sponsored by Schaefer Beer, and each film run under this banner was shown with only four commercial interruptions.

On WCBS-TV, this show was aired in place of their usual late-night umbrella, The Late Show, while the two WNBC-TV airings in 1970 were shown in place of that station's late-night weekend movie show, Sunday Film Festival. On its original 1959-68 run, the program was scheduled at or before major holidays such as Easter, Memorial Day, Independence Day, Labor Day, Thanksgiving Day, and Christmas. For all but its first two years, Award Theatre was shown nine times a year. On the short-lived 1970 revival, it was aired once a month.

The Captain and the cause of "Caine Mutiny" - The Caine Mutiny, the classic Navy Naval World War II (WWII) military courtroom lawyer legal crime melodrama about an unstable Naval officer whose eccentric ways cause his crew to hate him, and in a storm, they relieve him of command, and when they return, they are tried for mutiny. Based upon the Pulitzer Prize-winning novel by Herman Wouk; and produced by Stanley Kramer; the film was nominated for the Best Picture Academy Award.

BEHIND THE SCENES TRIVIA : There was considerable opposition to the casting of Humphrey Bogart, since he was much older than Capt. Queeg was supposed to be. In addition, Bogart was already seriously ill with esophageal cancer. Humphrey Bogart's tour-de-force performance in the climactic courtroom scene was so powerful, that it completely captivated the onlooking film technicians and crewmen.

After the scene's completion, the company gave Bogart a round of thunderous applause. In the climactic scene when Capt. Queeg is in the witness chair, two scars can be clearly seen on Humphrey Bogart's upper lip.

He got them when, as a sailor in World War I, he was attacked by a prisoner he was escorting from the Norfolk navy base to Portsmouth Naval Prison, who hit him in the mouth with handcuffs while trying to escape. Producer Stanley Kramer and director Edward Dmytryk cast Lee Marvin as one of the U. Marine Corps during World War II--but for his acting talent.

Throughout the production Marvin served as an unofficial technical advisor to the filmmakers. Sometimes a shot would be set up only to be criticized by Marvin as being inauthentic. This item is in the category "Entertainment Memorabilia\Movie Memorabilia\Other Movie Memorabilia".

The seller is "hardtofindrare" and is located in this country: US. This item can be shipped to North, South, or Latin America, all countries in Europe, Australia, Indonesia, Taiwan, Thailand, Hong Kong, New Zealand, Singapore, Malaysia, Brunei Darussalam, Cambodia, Macau, Vietnam.